‘Three’s Company’ star Suzanne Somers on how she’s staying healthy at age 75: ‘You have to be vigilant’ 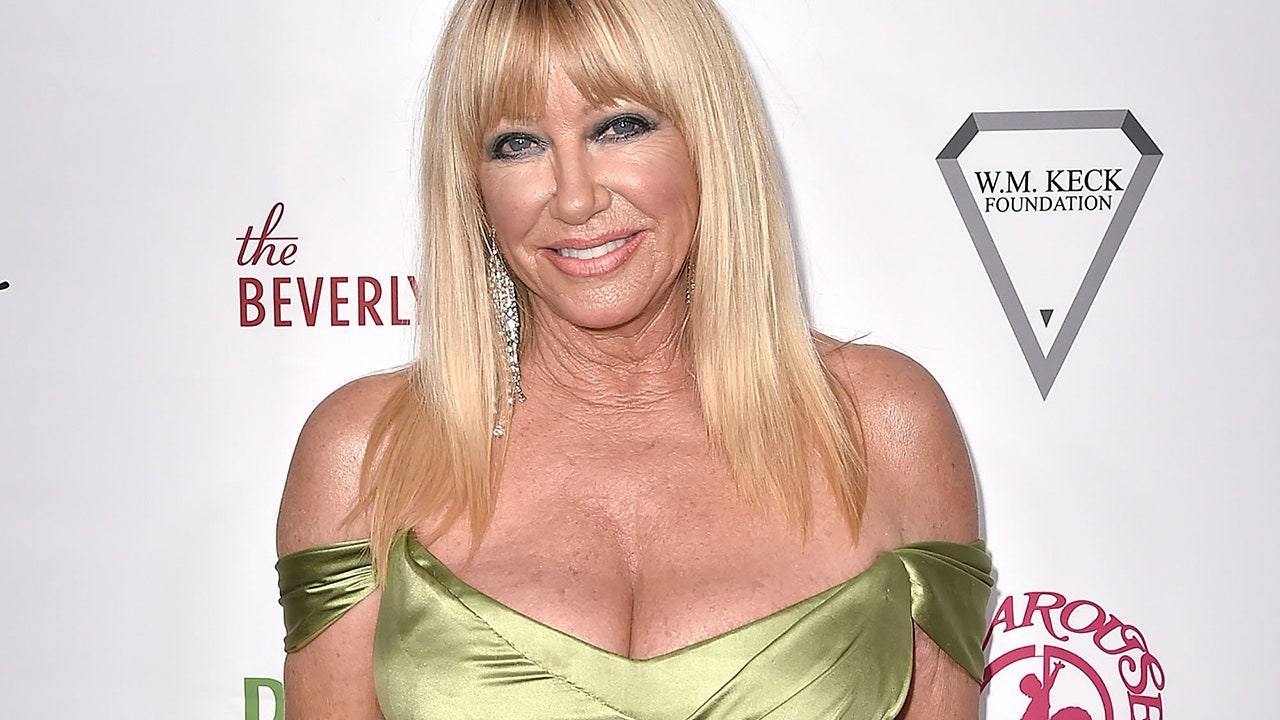 Suzanne Somers has no qualms with aging in the public eye.

The actress, who famously played Chrissy Snow in the ‘70s sitcom “Three’s Company,” said that at age 75, she has a deep appreciation for having a healthy lifestyle to look – and feel – her very best.

“Aging is about worn-out parts,” the star told Fox News Digital. “But the advantage of living in this era is that you can replace what you’ve lost in the aging process. We lose hormones, nutrients and minerals – you can test for all of those things. You can get a blood test and urine test through your doctor and see exactly where your levels are. And I always tell women it’s never too late… I test my nutrients all the time to make sure that I’m exactly where I need to be.”

The ThighMaster pitchwoman has written 27 books, including 14 New York Times best-sellers, about taking control of one’s health, especially as a woman. In 1998, Somers was diagnosed with breast cancer. After the tumor was removed, she has been in remission ever since.

SUZANNE SOMERS, 74, SAYS SHE AND HUSBAND ALAN HAMEL HAVE SEX THREE TIMES BEFORE NOON: ‘MAN, ARE WE HAVING FUN’

Suzanne Somers said she eats organic food only as part of her health regimen.
(David Crotty/Patrick McMullan via Getty Images)

“I eat only organic food,” said Somers, who noted she only stocks on whole, fresh fruits and veggies, as well as organic chicken, grass-fed beef and lamb chops. “It’s really hard for me to eat food that’s not organic because I had cancer. So everything that I use needs to be toxic-free, including my haircare, skincare, makeup, and household cleaning products – there’s not a single chemical in my house.”

“I had cancer 25 years ago and I’ve kept it at bay,” she continued. “But I have to be vigilant.  I’m always thinking about making choices that will keep me strong and clean both on the outside and inside. When I go to bed at night, I want to know that I made good choices during the day for my health. That makes me feel good.”

In 2019, Somers launched her own line titled Suzanne Organics, which ranges from serums to cosmetics and supplements. Most recently she released an organic plant-based protein formula that’s aimed at gut health. Wellness, she said, is a passion of hers, one she’s willing to share with other women looking to turn their lives around.

“I know that I’ve helped women – and I’ve got their backs,” she said. “I think a lot of divorces happen because of menopause. I hoped I’ve saved some marriages by showing women how they can take back their health. I encourage them to test their hormones and see where they need to be.”

Suzanne Somers and Alan Hamel have been married since 1977.
(Axelle/Bauer-Griffin/FilmMagic)

“I wake up happy, grateful and I have a purpose,” she shared. “And I encourage women to ask questions, seek the right kinds of doctors who can help get the tests they need to stay on track. I want them to find a doctor that resonates. And I think with the help of technology, it’s never been easier to find the best one for you.”

Somers said daily movement, including yoga, is essential in her daily routine, as well as taking appropriate supplements and vitamins based on her deficiencies to “keep everything in perfect balance.” She also drinks fish oil twice a day, takes estrogen daily and prioritizes getting plenty of sleep to feel energized during the day.

Back in May, the “Step by Step” actress recalled to Fox News Digital how in 1990, she launched a pop culture phenomenon with a simple fitness device.

“I bought a pair of Manolo Blahnik shoes that made my legs look so good,” she chuckled. “It was mainly a vanity thing. But when I bought the shoes, I was in my dressing room and thought, ‘Oh my God, what is [my husband] Al going to think? I’m so stupid for spending so much money on a pair of shoes.’ Well, it just happened that I was in my bra and underpants. So I walked out and asked, ‘Like my shoes?’ And he said, in his great, deep radio voice, ‘Great legs.’ That was the commercial. And I was able to write off the shoes because I wore them in the commercial.”

Somers’ business empire struck back. She stopped counting how many ThighMasters she sold “after 10 million.” In 1992, she became one of the Home Shopping Network’s top-selling brands.

“… My biggest complaint today is that I work too much,” she boasted. “I’m always keeping busy. The pandemic worked for me because we started doing Facebook Live shows and Instagram shows three times a week. We start the show with some tequila on ice, and it’s like having a drink together while my husband is running the camera. There’s just so much freedom on the internet than there is on mainstream television. I’m just loving where I’ve been and where I’m heading.”