Tim Kennedy: Rescue of Benjamin Hall from Ukraine was ‘most beautiful, heroic story of selflessness’ 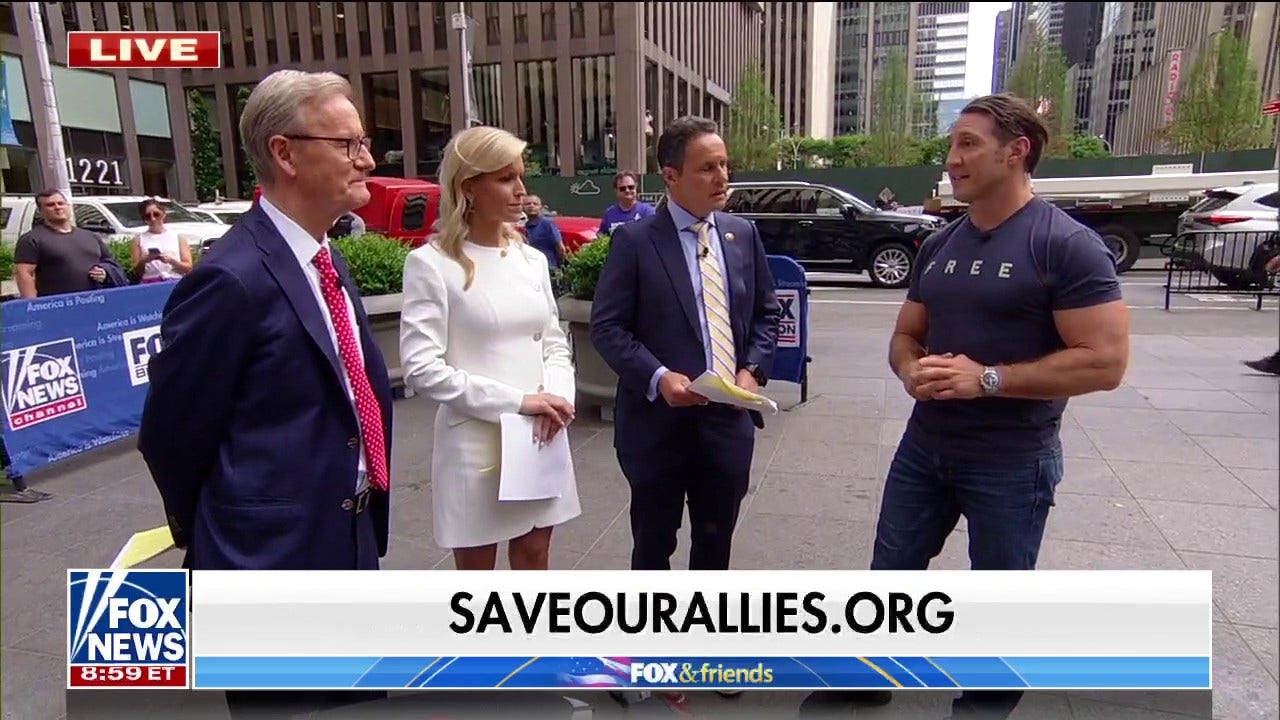 Flying in on a helicopter and racing through the streets of Manhattan on a motorcycle, Tim Kennedy made a show-stopping entrance to FOX Square Tuesday morning on “Fox & Friends.”

Kennedy shared the story behind his work with the nonprofit organization Save our Allies and his new book, “Scars and Stripes.”

Kennedy has had a long, exciting career serving America and received a Bronze Star, among other awards for his heroism in Afghanistan and Iraq. Kennedy said his decision to join the Army was motivated by the events of September 11, 2001, and the deaths of so many innocent Americans.

FILE – Smoke rises from the burning twin towers of the World Trade Center after hijacked planes crashed into the towers on September 11, 2001 in New York City.
(AP Photo/Richard Drew)

“I was infuriated, and I had to do something,” Kennedy shared. “So on 911, I walked into the recruiter’s office. There’s a line, a line of Americans waiting to get in there. And I actually didn’t get to talk to a recruiter until the next day. And that started me getting into the Special Forces.”

Kennedy has since co-founded Save Our Allies, a 501(c)(3) nonprofit with a mission to rescue allies and soldiers left behind around the world. This organization was founded in the wake of the withdrawal from Afghanistan in 2021.

“The withdrawal out of Afghanistan was problematic,” Kennedy said. “We had thousands of Americans that were stuck there and tens of thousands of allies, men and women I served with over there as a translator, as part of special operations. And they’re stuck, they’re going to be executed by the Taliban. So a group of Save Our Allies came together initially to rescue one man, Aziz, and then a group of Christian orphans, and then this small group of women entrepreneurs. And that just kept growing.”

Kennedy and the team at Save our Allies also worked to assist Americans trapped in Ukraine when Russia’s Vladimir Putin launched an invasion over 100 days ago.

Fox News correspondent Benjamin Hall was badly injured while reporting from Kyiv. He was in a local hospital for two days before Kennedy’s team was able to secure his journey home to the U.S.

Kennedy said the operation to rescue Hall, led by Save Our Allies, was “the most beautiful, heroic story of selflessness.”

“This is like the stuff of movies and books,” he said.

Kennedy’s new book offers a front-row seat to the former UFC fighter’s life including his struggles and successes. His story led him to Save our Allies, where his love of country and dedication to justice is seen around the globe.

Madeline Coggins is a Digital Production Assistant with Fox News.