Trevor Reed calls for Brittney Griner, Paul Whelan to return to US: ‘There is no justice in Russia’ 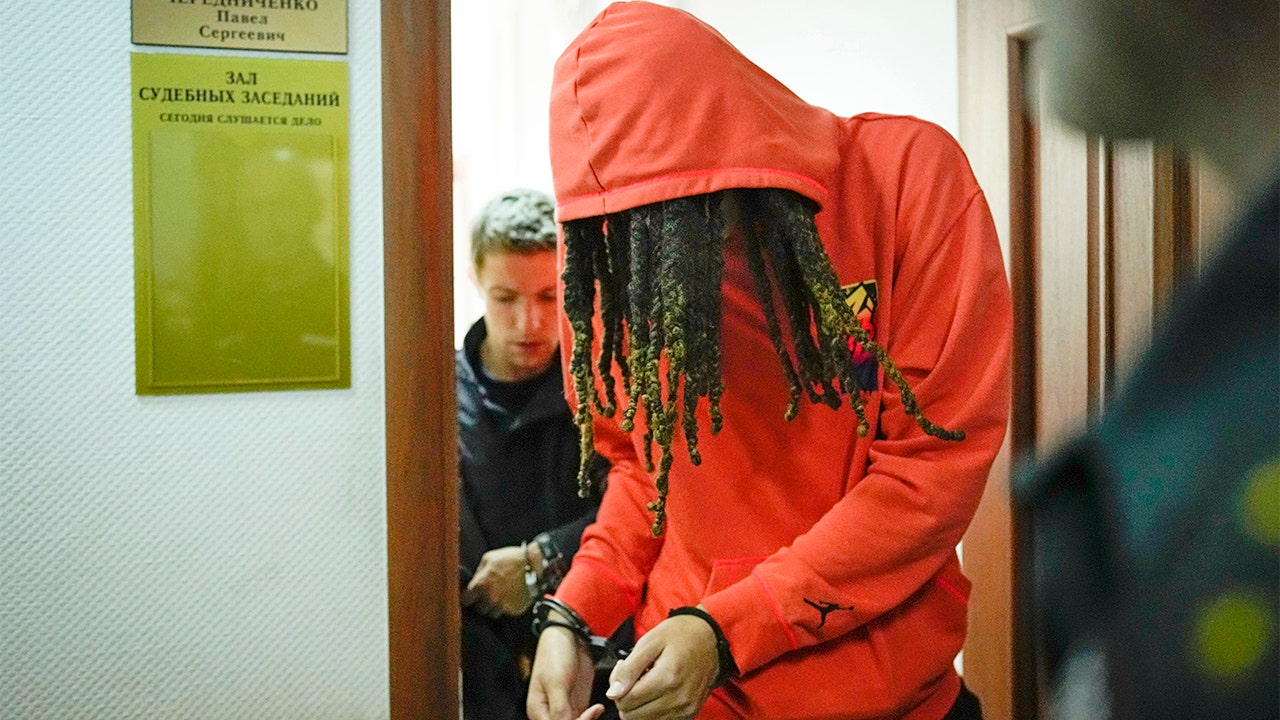 Trevor Reed, a U.S. Marine veteran who was freed from a Russian prison in an exchange for a drug trafficker in April, spoke Monday about what detained Americans are facing in Moscow, including Brittney Griner.

Reed was at a rally outside the Toyota Center in Houston and called on the U.S. government to do more to bring the WNBA star and fellow detainee Paul Whelan home. Griner was arrested in February for allegedly trying to bring vape cartridges containing oils derived from cannabis through a Moscow Airport, while Whelan was accused of spying in 2018 and was sentenced to 16 years in prison in 2020.

Brittney Griner #42 of the Phoenix Mercury is defended by Azurá Stevens #30 of the Chicago Sky during the first half of Game Four of the WNBA Finals at Wintrust Arena on October 17, 2021 in Chicago, Illinois.
(Photo by Stacy Revere/Getty Images)

Reed said he was having medical issues while he was imprisoned in Russia.

“You will not receive medical treatment inside a Russian prison. I had COVID multiple times. Because of complications from that, I started having blood I coughed up on a daily basis for over three months. They never did anything to treat that,” he said, adding he had kidney stones and is permanently deformed after breaking cartilage in one of his ribs.

“Those conditions are what Brittney and Paul are living in right now as we’re having this conversation. They live in a cell that looks like something out of the Middle Ages,” he said. “As Americans, you can’t imagine what that place looks like until you actually see that for yourselves. It’s really medieval.”

Reed told the crowd they should contact federal lawmakers to bring Griner, Whelan and other imprisoned Americans home.

On Sunday, LeBron James called on the Biden administration to bring Griner home “swiftly and safely.”

In early May, the U.S. government determined that Griner was being “wrongfully detained” by the Russian government. In mid-May, Griner’s pre-trial detention was extended one month, according to her lawyer. Griner’s lawyer believes that the short extension signifies that the case will go to trial shortly.

Griner is a two-time Olympic gold medalist and won the 2014 WNBA championship with the Mercury.