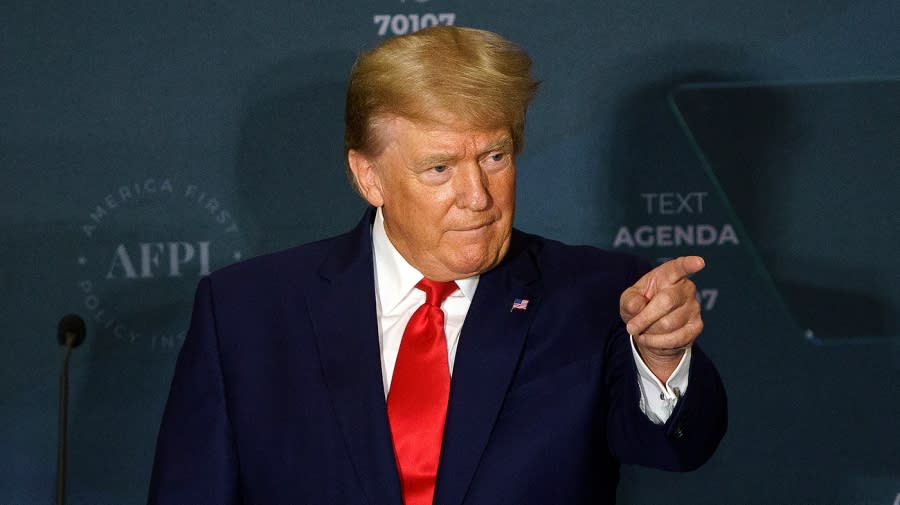 Former President Trump on Wednesday said he planned to file a lawsuit against CNN, alleging the network has repeatedly defamed him dating back to his 2016 campaign for the presidency.

“I have notified CNN of my intent to file a lawsuit over their repeated defamatory statements against me,” Trump said in a statement. “I will also be commencing actions against other media outlets who have defamed me and defrauded the public regarding the overwhelming evidence of fraud throughout the 2020 Election. I will never stop fighting for the truth and for the future of our Country!”

The 282-page letter from Trump’s attorneys to CNN executives, dated July 21, calls for the network to retract or correct numerous of on-air statements and published articles about Trump that the lawyers allege are false and defamatory.

The letter goes on to cite dozens of examples, many of which relate to the network’s coverage of Trump’s repeated claims that the 2020 presidential election was fraudulent. CNN coverage frequently referred to those claims as “lies,” “false narratives” and “baseless theories,” among other terms. The lawsuit alleges those descriptions are “false and defamatory.”

But perhaps in a preview of how Trump’s lawsuit is likely to be received, dozens of lawsuits filed after the 2020 election alleging there was widespread fraud that tipped the scales in favor of Joe Biden were summarily dismissed because of a lack of evidence, in some cases by judges appointed by Trump.

For the latest news, weather, sports, and streaming video, head to The Hill.