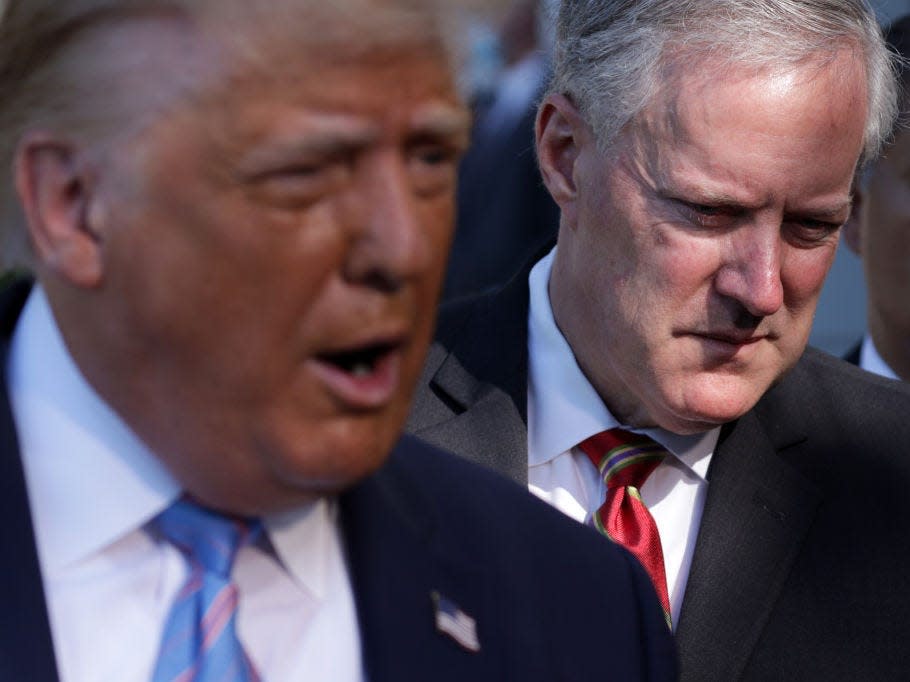 Former President Donald Trump omitted to return sensitive documents to the US government when he left office because he was so obsessed with settling personal grudges, The New York Times reported.

Citing two sources with knowledge of the situation, The Times reported that any efforts to give back classified material fell by the wayside in the tumultuous final days of his presidency.

Per the sources, Trump and his chief of staff, Mark Meadows, were consumed by “settling political grievances and personal grudges” and ignored the task of passing sensitive documents to the National Archives.

By contrast, The Times reported, Vice President Mike Pence was focused on the task and got his records back as required.

Insider contacted spokespeople for Trump and Meadows over the claims.

The issue of how Trump handled government documents while in office and afterwards is under intense scrutiny following the FBI raid on Trump’s Mar-a-Lago property on August 8.

Federal agents retrieved highly classified information in the search, legal document show. Per a Washington Post report, the agents acted on suspicions that Trump withheld many important documents from a handover earlier in 2022.

The final weeks of a president’s time in office are usually spent tying up loose ends, and helping to prepare the incoming administration, even if the opposing party won.

But Trump became the only president in US history to refuse to concede defeat after he lost to Joe Biden in November 2020, and instead spent months pushing baseless conspiracy theories that the election had been stolen. This resistance culminated in the Jan. 6 riot and his second impeachment.

According to The Times, discussions were held before Trump left office about what do with classified material, but the issue was ultimately never acted on.

Trump has claimed that he had broadly declassified information he had been keeping in Mar-a-Lago. However, former officials including one-time National Security Advisor John Bolton and former CIA Director Leon Panetta both said this was likely untrue.

Putin’s draft is a ‘recipe for slaughter’ in Ukraine because he’s sending Russians with little to no training to war, former US general says