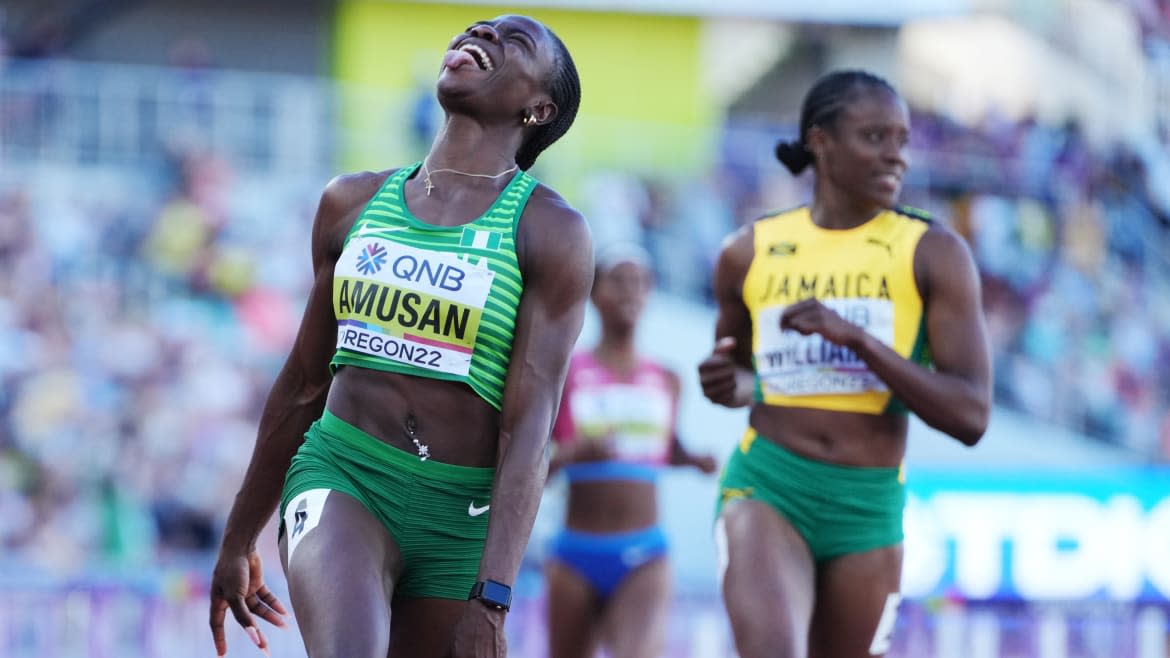 Four-time Olympic gold medallist Michael Johnson says he was “accused of racism” after publicly questioning the accuracy of times recorded at the World Athletics Championships in Oregon.

Nigerian athlete Tobi Amusan looked visibly stunned when she saw her winning time of 12.12 seconds in the 100m hurdles semi-final on Sunday. Her run at Hayward Field had obliterated the existing world record—set by American Kendra Harrison in 2016—by 0.08 seconds. World Athletics awarded her a $100,000 prize for breaking the record.

But in his analysis for the BBC, sprint legend Johnson questioned the accuracy of the timings in the event. He highlighted the fact that out of the 24 athletes who had competed in the three semi-final events, 12 recorded new personal bests. The recorded level of competition was so high that a time of 12.52 meant competitors wouldn’t even make the final, despite it being a time that would have won the world title at six previous world championships.

Carl Lewis Rages From His Couch Over U.S. Relay ‘Clown Show’ as Sprinters Bungle Yet Another Tokyo Event

Amusan went on to win the final with an even faster time of 12.06, but it did not count as an official world record due to a +2.5m/s tailwind blowing during the event. What made Amusan’s runs even more astounding was her unusual choice of footwear: She was spotted wearing Adizero Avanti Tyo Tinman Elite shoes designed for distance running rather than sprinting. The spiked cleats have a soft sole containing a high-tech layer of carbon rods and foam, which led some to wonder if the super shoes—which Amusan said she wore after suffering tendonitis in the arch of her foot—had given her an unfair advantage.

“I don’t believe 100h times are correct,” Johnson tweeted after the event. “World record broken by .08! 12 PBs set. 5 National records set. And Cindy Sember quote after her PB/NR ‘I thoroughly I was running slow!’ All athletes looked shocked,” he added.

Some social media users criticized Johnson, labeling the American athlete “bitter.” One tweeted: “Just because it’s not an American WR doesn’t mean the times were incorrect.” Another fumed: “Michael Johnson are you naturally this dumb or do you have to put in effort? Why don’t you channel your energy to recovering from your stroke you Black racist! Toby Amusan is a world record holder and there’s nothing you can do about that.”

Johnson later addressed the backlash, tweeting: “In questioning the times of 28 athletes (not 1 athlete) by wondering if the timing system malfunctioned, I was attacked, accused of racism, and of questioning the talent of an athlete I respect and predicted to win. Unacceptable. I move on.”

Read more at The Daily Beast.

Get the Daily Beast’s biggest scoops and scandals delivered right to your inbox. Sign up now.