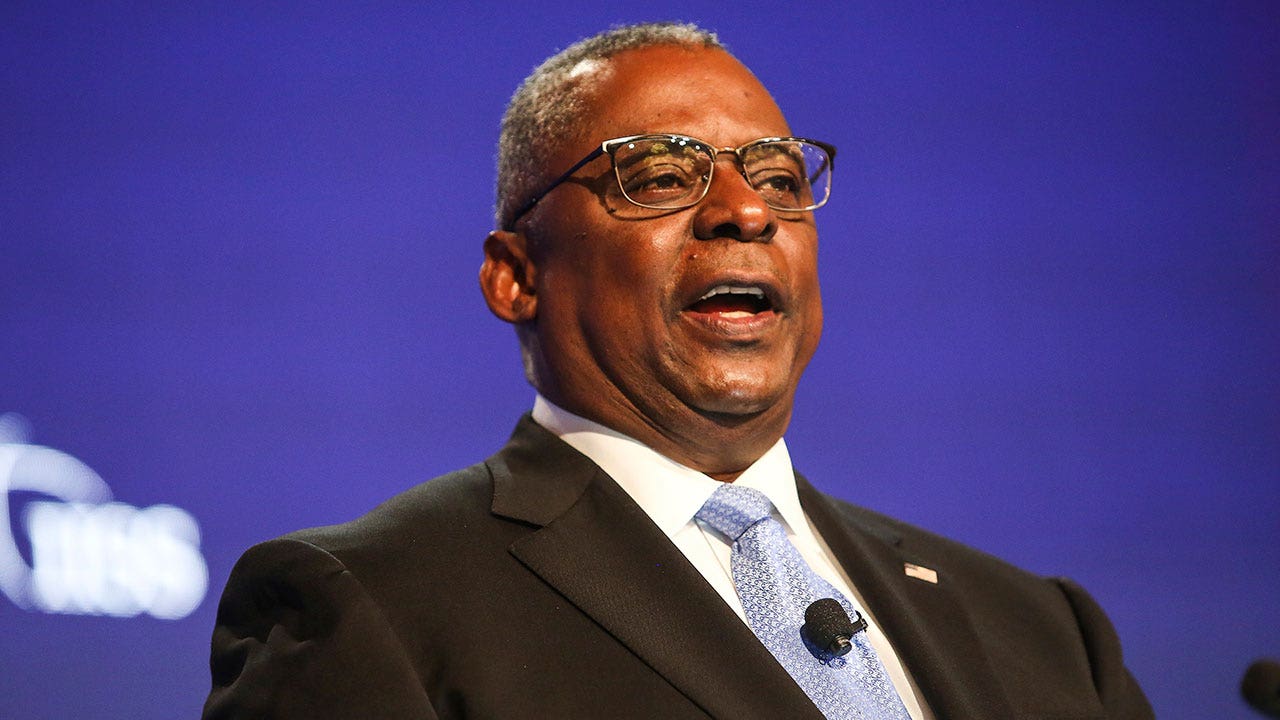 Speaking at the Shangri-La Dialogue in Singapore, Austin noted a “steady increase in provocative and destabilizing military activity near Taiwan,” including almost daily military flights near the island by the People’s Republic of China.

“Our policy hasn’t changed, but unfortunately that doesn’t seem to be true for the PRC,” he said.

Taiwan and China split during a civil war in 1949, but China claims the island as its own territory and has not ruled out using military force to take it.

China has stepped up its military provocations against democratic Taiwan in recent years, aimed at intimidating it into accepting Beijing’s demands to unify with the communist mainland.

“We remain focused on maintaining peace, stability and the status quo across the Taiwan Strait,” Austin said in his address. “But the PRC’s moves threaten to undermine security, and stability, and prosperity in the Indo-Pacific.”

He drew a parallel with the Russian invasion of Ukraine, saying that the “indefensible assault on a peaceful neighbor has galvanized the world and … has reminded us all of the dangers of undercutting an international order rooted in rules and respect.”

Austin said that the “rules-based international order matters just as much in the Indo-Pacific as it does in Europe.”

“Russia’s invasion of Ukraine is what happens when oppressors trample the rules that protect us all,” he said. “It’s what happens when big powers decide that their imperial appetites matter more than the rights of their peaceful neighbors. And it’s a preview of a possible world of chaos and turmoil that none of us would want to live in.”

Austin met Friday with Chinese Defense Minister Gen. Wei Fenghe on the sidelines of the conference for discussions where Taiwan featured prominently, according to a senior American defense official, speaking on condition of anonymity to provide details of the private meeting.

US, TAIWAN TO LAUNCH TRADE TALKS AFTER BIDEN EXCLUDES ISLAND FROM INDO-PACIFIC GROUP

Austin made clear at the meeting that while the U.S. does not support Taiwanese independence, it also has major concerns about China’s recent behavior and suggested that Beijing might be attempting to change the status quo.

Wei, meanwhile, complained to Austin about new American arms sales to Taiwan announced this week, saying it “seriously undermined China’s sovereignty and security interests,” according to a Chinese state-run CCTV report after the meeting.

China “firmly opposes and strongly condemns it,” and the Chinese government and military will “resolutely smash any Taiwan independence plot and resolutely safeguard the reunification of the motherland,” Wei reportedly told Austin.

Chinese Defense Ministry spokesperson Col. Wu Qian quoted Wei as saying China would respond to any move toward formal Taiwan independence by “smashing it even at any price, including war.”

In his speech, Austin said the U.S. stands “firmly behind the principle that cross-strait differences must be resolved by peaceful means,” but also would continue to fulfill its commitments to Taiwan.

“That includes assisting Taiwan in maintaining a sufficient self-defense capability,” he said.

“And it means maintaining our own capacity to resist any use of force or other forms of coercion that would jeopardize the security or the social or economic system of the people of Taiwan.”

The 1979 Taiwan Relations Act, which has governed U.S. relations with the island, does not require the U.S. to step in militarily if China invades, but makes it American policy to ensure Taiwan has the resources to defend itself and to prevent any unilateral change of status by Beijing.

Austin stressed the “power of partnerships” and said the U.S.’s “unparalleled network of alliances” in the region has only deepened, noting recent efforts undertaken with the Association of Southeast Asian Nations, or ASEAN; the growing importance of the “Quad” group of the U.S., India, Japan and Australia; and the trilateral security partnership with Australia and the United Kingdom, known as AUKUS.

He dismissed Chinese allegations that the U.S. intends to start an “Asian NATO” with its Indo-Pacific outreach.

“Let me be clear, we do not seek confrontation or conflict and we do not seek a new Cold War, an Asian NATO, or a region split into hostile blocs,” he said.

Australian Defense Minister Richard Marles told the forum that AUKUS, under which Australia will acquire nuclear-powered submarines from the U.S. with the help of Britain, was a technology-sharing relationship, and “not in the set of arrangements as you would describe NATO.”

Australian abruptly pulled out of a deal with France for submarines to sign on to the AUKUS deal, and Prime Minister Anthony Albanese announced Saturday that he had agreed to pay Paris 555 million euros ($584 million) in compensation.

France’s new defense minister, Sebastien Lecornu, suggested his country was willing to put the matter behind it, saying the alliance with Australia was a long one, recalling the sacrifice of the “young Australians who came to die on French soil during World War I.”

“There are ups and downs in all relations between countries, but when there were real dramas, Australia was there,” he said.