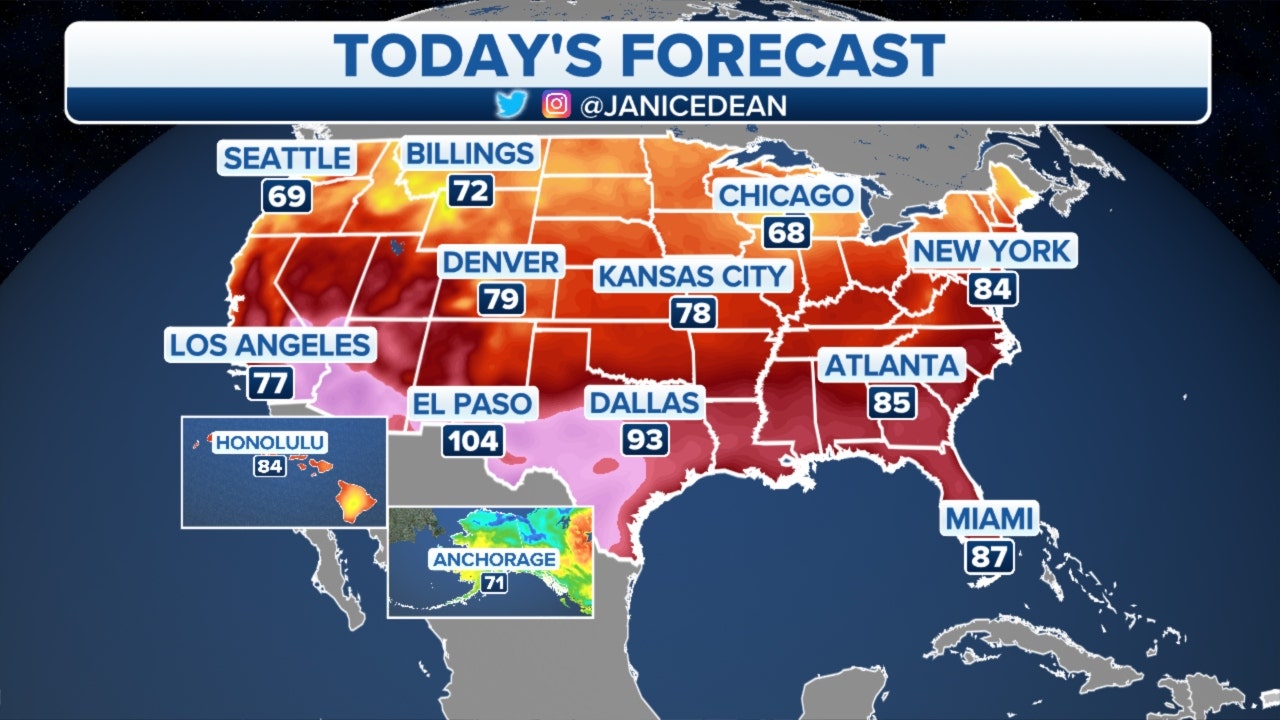 A widespread area of strong-to-severe thunderstorms will be possible from the Southwest to the mid-Atlantic, affecting millions of residents.

More of the same is expected for this region on Thursday.

Record-setting heat is the story from California to Texas and the Southwest through Friday.

Temperatures will soar to over 100 degrees, with humidity making the air outside oppressive and dangerous.

The rain forecast for the Northwest
(Credit: Fox News)

In addition, the Northwest is about to get active, with rounds of heavy rain moving in from the Pacific over the next several days.