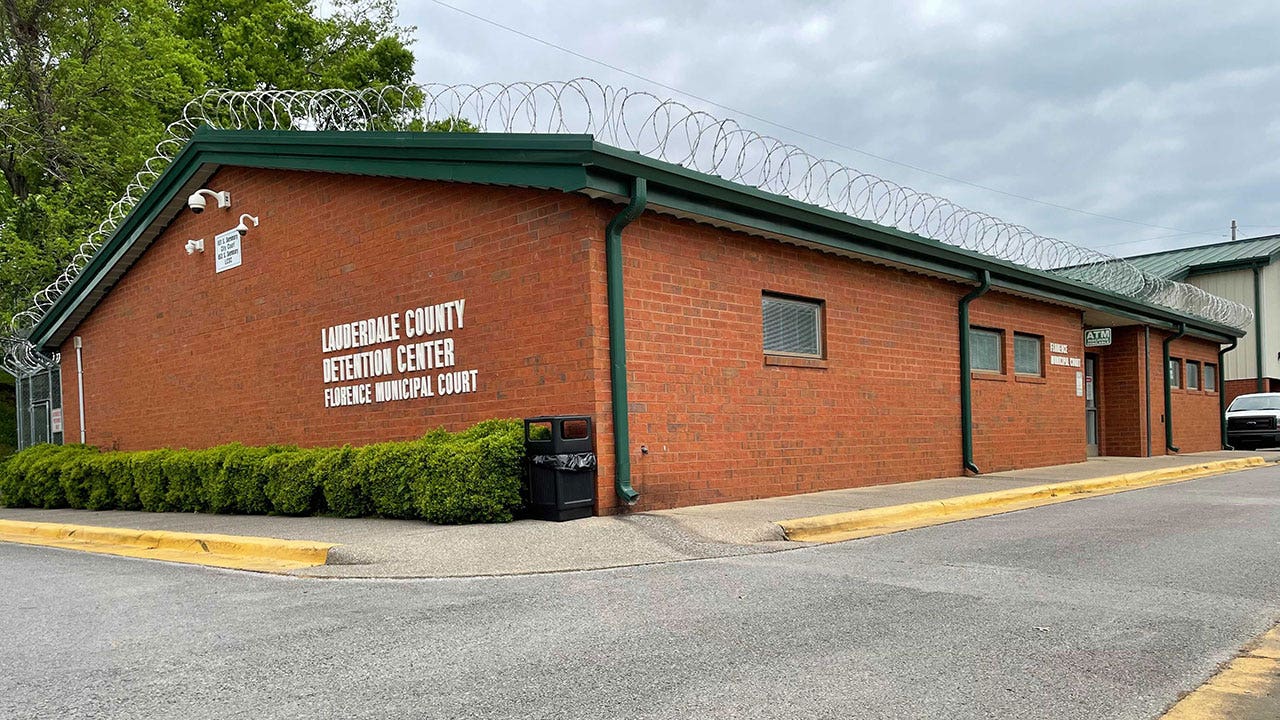 The Alabama jail where a former corrections officer allegedly helped a murder suspect escape before leading authorities on an 11-day interstate manhunt is hiring.

“The Corrections Deputy is directly responsible for the integrity and security of the Detention Center,” the Lauderdale County Detention Center’s new job listing reads. “This includes the prevention of escape, injury to the staff and visitors, and or injury to inmates.”

Applicants “must be able to maintain self-control,” according to the listing. The pay starts at $31,000 a year, plus benefits.

The Alabama jail where a former corrections officer is accused of helping a murder suspect escape before leading authorities on an 11-day interstate manhunt is now hiring.
(Fox News Digital)

Vicky White, 56 and the former assistant director of corrections at the Lauderdale County Detention Center in Florence, Alabama, was caught on video walking out of the facility with Casey Cole White, a 38-year-old inmate who had been transferred there while awaiting trial nearby. The two were not related but had been involved in a jailhouse romance, according to authorities.

“We have 11 openings for corrections deputy,” Sheriff Rick Singleton told Fox News Digital Monday. “We just had a new sheriff elected, and I’m going to let him decide about Vicky’s replacement.”

In the days leading up to the brazen escape, which jailhouse surveillance cameras recorded around 9:30 a.m. on the day Vicky White was supposed to retire, she sold her four-acre property for $95,000, and used a fake name to buy a getaway car. She withdrew tens of thousands of dollars from the bank and also picked up guns, men’s clothing and other supplies.

Investigators eventually caught up with them in Indiana. After a car chase and crash, Vicky White shot herself in the head and Casey White surrendered to a U.S. Marshals-led fugitive task force, according to Vanderburgh County Sheriff Dave Wedding.

Vicky White had served as a corrections officer for nearly 17 years. She was a former employee of the year at the jail and for months had been telling colleagues she planned to retire to the beach. Despite a 1991 divorce, she remained close with her ex-husband until his death earlier this year.

Her involvement in a jailbreak shocked colleagues, who remembered her as diligent and dedicated to her job.

“Everybody thought she was gonna retire,” Singleton said during a May 2 news briefing. “Nobody saw this coming.”

As for Casey White, who found freedom for 11 days, he could eventually face the death penalty in the stabbing death of Connie Ridgeway, a 58-year-old Rogersville, Alabama, woman attacked in her own home in 2015.

He was also already serving a 75-year sentence for an unrelated crime spree and will now face charges in connection with the escape.

“He is never going to see the light of day again,” Singleton said.

Michael Ruiz is a reporter for Fox News Digital. Story tips can be sent to michael.ruiz@fox.com and on Twitter: @mikerreports