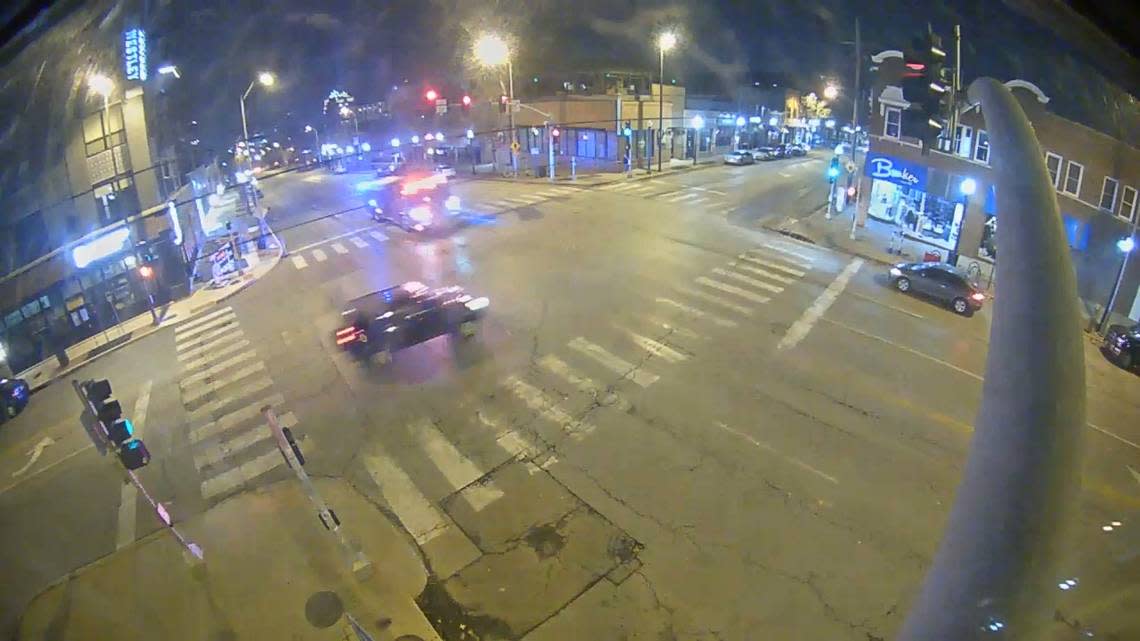 Video recordings released Friday show a Kansas City firetruck enter the intersection against a red light with its lights and sirens on in a deadly crash that killed three people last December.

Pumper 19, which was responding to a house fire, did not appear to slow before entering the intersection at Westport Road and Broadway Boulevard, where it slammed into a Honda CRV driven by 41-year-old Jennifer San Nicolas.

The collisions sent the SUV and pumper careening into parked cars and striking a pedestrian before crashing into a building at 4048 Broadway Blvd. The building, which was once home to the Riot Room and was unoccupied, collapsed onto Pumper 19 and the CRV.

San Nicolas was pronounced dead at the scene. A passenger in her SUV, 25-year-old Michael Elwood, was found dead along with 41-year-old Tami Knight in the rubble the next day. All three victims were from Kansas City.

No firefighters were injured in the crash.

The video recordings show five different views of the crash. In a view that looks south down Broadway, the pumper can be seen heading north on Broadway approaching the intersection. Meanwhile San Nicolas’ SUV is seen headed west on Westport.

Video shows that the light had turned red for traffic on Broadway 17 seconds before the crash.

Meanwhile, one of the views shows a couple walking down the street and appear to be about to get into a car when the crash occurs. Seconds later one of them is struck as the pumper and SUV slam into three parked cars and crash into the building. Part of the building’s facade collapses on the firetruck.

Family members have sued the Kansas City Fire Department, alleging that the firetruck’s driver was negligent, including running a red light, failing to yield to the right of way and traveling too fast for conditions.

Shortly before the collision, a dispatcher told the firetruck’s crew to “stand down” and “remain in quarters.”