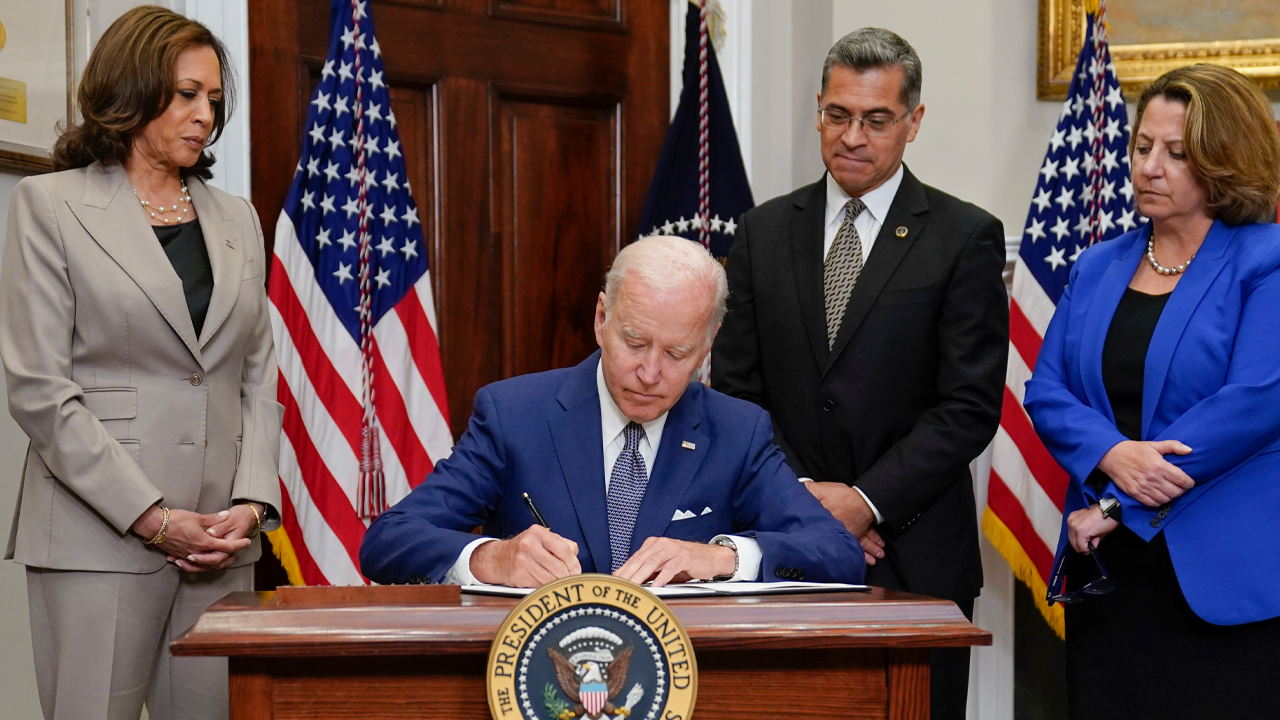 A Washington Post columnist defended President Biden, who was accused of perpetuating white supremacy by working while sick with COVID-19.

Washington Post columnist Christine Emba argued in a July 27 op-ed despite a viral tweet criticizing Biden for working while sick, the “leader of the free world cannot just call in sick.”

“POTUS working while having COVID infection epitomizes white supremacy urgency in the workplace. Sets a bad example for everyone that he cannot rest. COVID infection is serious, symptoms debilitating for many, and ppl should take time off without working through it,” Sue tweeted on July 22. She later made her Twitter account private.

President Joe Biden signs an executive order on abortion access during an event in the Roosevelt Room of the White House, Friday, July 8, 2022, in Washington.
(AP Newsroom)

Emba scoffed at the tweet at the suggestion that President Biden working while sick was somehow perpetuating racist ideology.

“To suggest that ‘urgency in the workplace’ is a white supremacist trait also has rather insulting implications. Is sloth the natural state among people of color? Do discipline and organizational efficiency belong to the Anglo-Saxons only?,” Emba wrote. “Joe Biden is President of the United States, a position that calls for a bit more urgency than the average workplace role. The leader of the free world cannot just call in sick.”

The columnist observed that the equivocation of working through illness with racist ideology “was a particularly egregious example of an emerging trend: the increasingly indiscriminate deployment of the term ‘white supremacy’ as a criticism of various — often nonracial, even inoffensive — traits and actions.”

Emba recounted multiple cases where equating ambitious practices with white supremacy has become a point of embarrassment for the left.

“In 2020, the Smithsonian National Museum of African American History and Culture was criticized for publishing a document suggesting that traits such as ‘future orientation’ and the ability to handle ‘delayed gratification’ were aspects of dominant White culture. (The museum later apologized.) More recently, the overbroad concept of ‘white supremacy culture’ has become a go-to talking point in diversity, equity and inclusion trainings at a variety of left-leaning organizations,” she wrote.

President Joe Biden and first lady Jill Biden arrive on the South Lawn of the White House in Washington, Monday, May 30, 2022, after returning from Wilmington, Del.
(AP Photo/Andrew Harnik)

“This is what happens to the brains of people who view the world and all that is in it through the prism of race,” Hume tweeted.

Emba warned progressives that such ideological preaching is toxic for the progressive movement itself “all this crying wolf (or … White?) makes progressives seem ever more out of touch with reality, ever more unreliable and thus ever more unsuitable for positions of leadership.”

Alexander Hall is an associate editor for Fox News Digital. Story tips can be sent to Alexander.hall@fox.com.