We are seeing evidence that Donald Trump committed treason. Where is Merrick Garland? 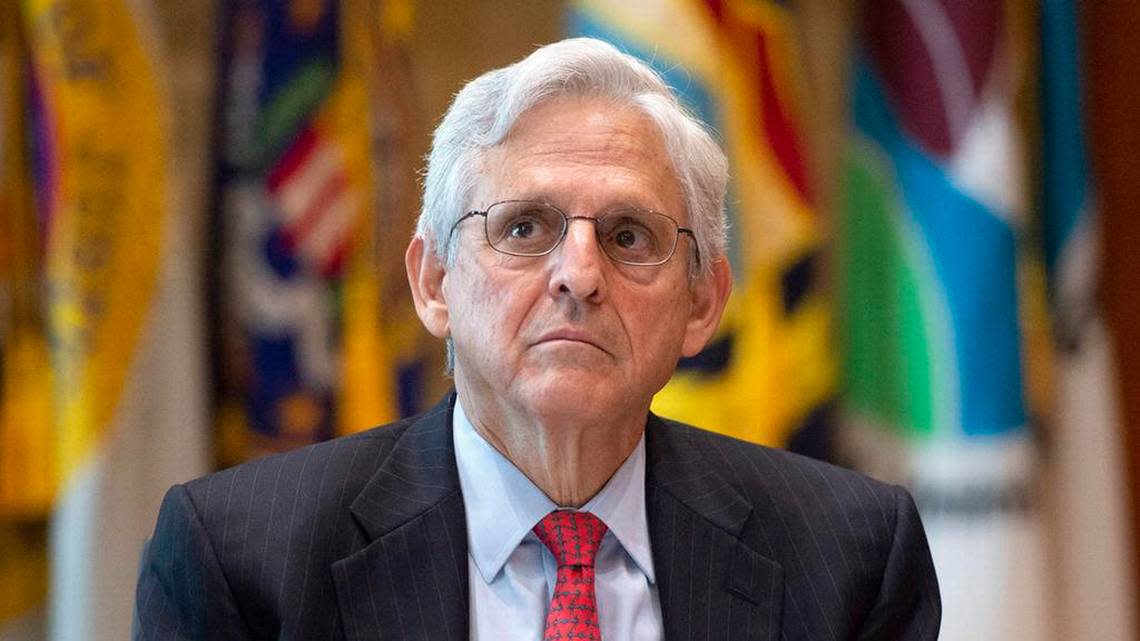 A quick note to Attorney General Merrrick Garland: How is Donald Trump not in prison already?

Republican witnesses for the House committee investigating Jan. 6, 2021, have testified that not only did he violate his oath of office by his dereliction of duty — he wanted his own vice president killed by a mob.

Is treason not a crime?

Having recently read about your speeches to some radical groups and what the local papers are reporting, I have a question for you: Have you ever worked an election to learn the process firsthand? If not, I suggest you do so.

It is a 14-hour day starting at an early hour and can be quite exhausting because of the boredom when there are lulls in voters. I know from experience as a worker from 2001 to 2021. At 85 I resigned, feeling I had done my civic duty.

The volunteer election workers are people past 65 with few exceptions. Your talk about fraud and investigations does nothing to make election workers feel safe or valued. I do believe it makes the job of recruiting workers very difficult. Why would anyone want to do the job?

I am a Republican because it is the majority party in Kansas, and I feel I must weed out a few wackos running for office.

It appears that Whit Merrifield, one of my favorite Kansas City Royals (until recently) is itching to be traded. (July 21, 1B, “Why it’s time for the Royals to trade Merrifield”)

One can only hope that the best offer is from the Oakland A’s, who have an even worse record the the Royals.

Coach gives the hit-and-run signal. Runner runs. Batter exercises his personal right and refuses to swing. Runner out at second. Coach exercises his right to bench the batter and replace him with a team-minded player.

They don’t bug us

Extermination companies and their employees need a crash course or two in etomology and arachnology. Our homes are not under siege such that they need a chemical defense perimeter. In fact, I doubt such a barrier actually can be created when critters entering our homes don’t simply come up to the sides of our houses and attack.

Remember that “organic” doesn’t mean “safe.” Dead is dead, and the chemical does not discriminate.

Lawns don’t necessarily need grub treatments, but they are part of many standard treatment regimens.

Wasps are not necessarily a problem, and they have natural controls in spiders.

The western yellowjacket will be a problem by next month, but you must be unlucky enough to disturb a burrow or nest cavity to invoke their wrath upon you. Lawn mowers really set them off. An established nest can be dealt with, but the whole yard cannot be treated to prevent them from starting a new hive.

A little self-education will save money and our Earth home.

Local agricultural extension offices offer much good information. All they need is a phone call or email.

Social media viral videos viewed out of context, without the proper background information, can and do cause misjudged protagonists to be “canceled.”

In one case now in the spotlight, the protagonist was the costumed character Rosita at Sesame Place amusement park outside Philadelphia. (July 21, 5A, “Mom who says Sesame Place’s Rosita snubbed girls speaks out”)

In a video posted to Instagram, Rosita waves her finger in a “no” gesture to two young Black girls stretching their arms to her. Now the mother of the two children is insisting that her children were snubbed.

The theme park responded by explaining that the finger waving was directed at unrelated parents asking Rosita to pick up children for a photo — a violation of Sesame Place policy.

Context is everything, and if you view the video with the understanding of what truly happened, you can see where the confusion occurred.

I hope Rosita isn’t canceled for what was clearly a misunderstanding.

Aug. 2 is the Food and Drug Administration’s deadline for comments regarding proposals to end the sale of menthol cigarettes and flavored cigars. I encourage Kansas City area residents to comment in support of these rules.

Tobacco is still the leading cause of preventable death and disease in Kansas and Missouri, killing 4,390 Kansans and 10,970 Missourians each year. It is estimated that nationally, one-third of all people who smoke use menthol cigarettes.

Menthol cigarettes make it easier to start smoking at a young age and harder to quit. That is why flavors, including menthol, are one of the primary reasons kids and teens start using tobacco products. Close to half of all youths who start to smoke begin with menthol cigarettes, and 40% continue to use them.

We have a tremendous opportunity to save lives and reduce the toll of tobacco on the health of residents on both sides of the state line.

Join the American Lung Association to share your voice at Lung.org/ActonMenthol