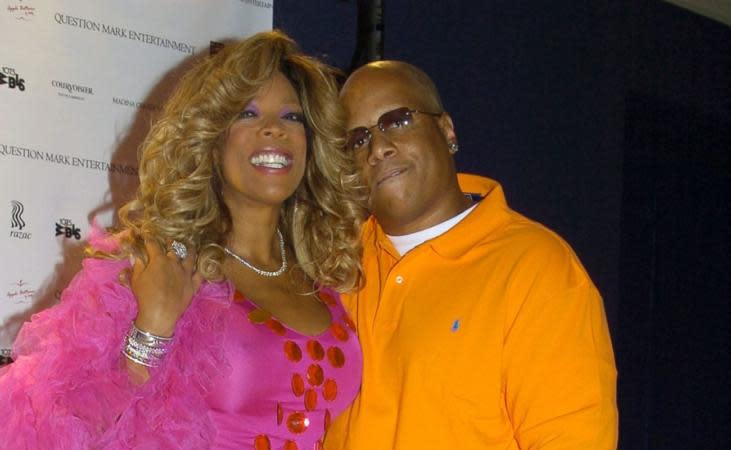 Wendy Williams‘ ex-husband is tired of being asked questions about his cheating scandal, and he’s now putting the blame of sorts on Charlamagne Tha God. During a recent interview, kevin Hunter was asked about his relationship with Williams and the history he has with The Breakfast Club host Charlamagne Tha God. While interviewing with Choke No Joke, Hunter spoke about Charlamagne and the part he says the radio personality played in his cheating. He claims Charlamagne actually introduced him to his mistress.

Hunter and Williams finalized their divorce in 2019 amid confirmation that Hunter and his long-term mistress were having a baby.

According to Williams, Hunter and Sharina Hudson, his mistress, were in an affair that lasted more than a decade and she knew of such the entire time.

Charlamagne previously worked with Williams on the radio and was friends with Hunter. Things went south between the two over alleged managerial disputes regarding Charlamagne’s career. When the cheating scandal came out, Charlamagne blasted Hunter on the radio by naming him “Donkey of The Day.” Charlamagne said, “Did you really think that you could go around treating people the way you treat them and not suffer any consequences from the universe all these years? The sad part is, you treat everybody like do-do, but the one person that you treat like do-do thafdoet you should never treat like do-do is your soon-to-be ex-wife.”

Hunter feels Charlamagne made a mockery of his family on air

Hunter is angry at Charlamagne for speaking about the affair. He says he would have never known of Hudson if it weren’t for the radio host.

“He introduced me to her,” he claims. Hudson reportedly is from the same town as Charlamagne and wanted Hunter to help her modeling career.

He added of Charlamagne: “Was it cool that you got on the air and made a mockery of the whole thing, when you was part of it and you knew the family structure that was being instituted? And you know what, regardless of my own actions, there’s a certain code amongst men”.