What you should know about bear markets. 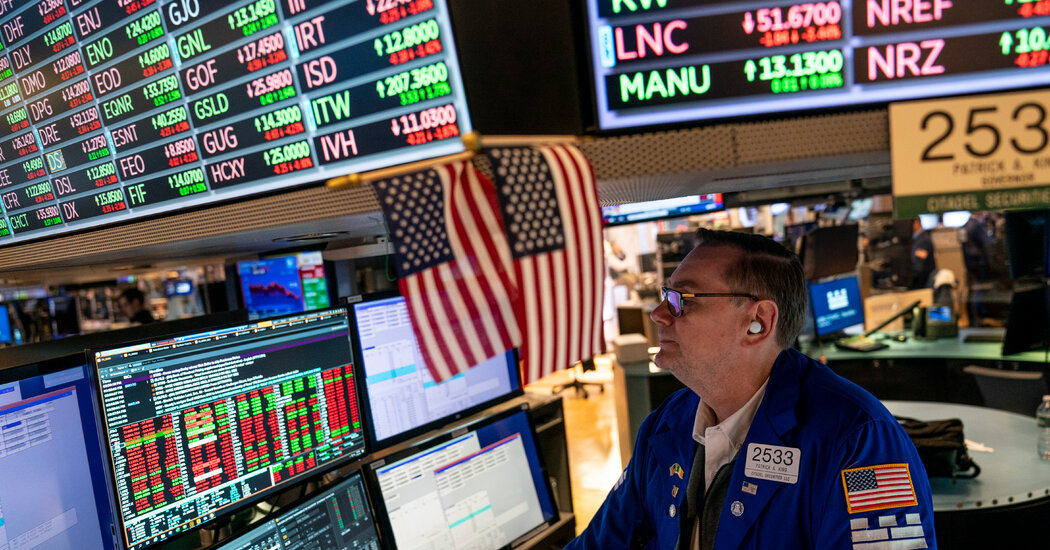 Bear markets, or when stocks drop at least 20 percent from their most recent peaks, are relatively rare and signal that investors are viewing the economy with serious pessimism.

There have been several instances of near-bear markets in recent decades, and as recently as May 20, the S&P 500 dipped into bear market territory in the afternoon, but rallied before the close.

The last bear market, which happened in early 2020 as the coronavirus spread and led to widespread global shutdowns, was the shortest on record. Stocks lost a third of their value in 33 days that year. But the recovery was relatively quick, with markets recouping losses in six months.

Now, as the Federal Reserve raises interest rates to tackle the fastest inflation in decades, there are concerns among investors the moves will cause the economy to contract. Recessions have often followed bear markets, but one does not necessarily cause the other.

One of three bear markets in the 1960s preceded a recession. The economy had grown robustly for much of the decade, and the Fed’s interventions aimed at taming inflation helped cause two market declines.

In the early 2000s, stocks began to slide and the economy slowed as the dot-com bubble burst. Then came the Sept. 11 attacks. A period of recession after those events lasted eight months.

Then in 2008 and 2009, the financial crisis and bear market led to the deepest recession in the American economy since the end of World War II.

Though stock markets are not indicators of broad economic activity, steep declines in the stock market have often occurred at the same time as downturns in the economy.

In today’s case, there are areas of the economy that are doing better than in previous bear market moments.

Among the economy’s bright spots: Unemployment is approaching the lowest rate in decades, with the economy having regained nearly 95 percent of the 22 million jobs lost at the height of pandemic lockdowns. And housing remains strong, though rising mortgage rates have begun to dampen activity.

N.Y.C. Will Expand Compost Pickup to Queens in October