When should I plant my fall vegetable garden? Right now. Here are 3 things to know 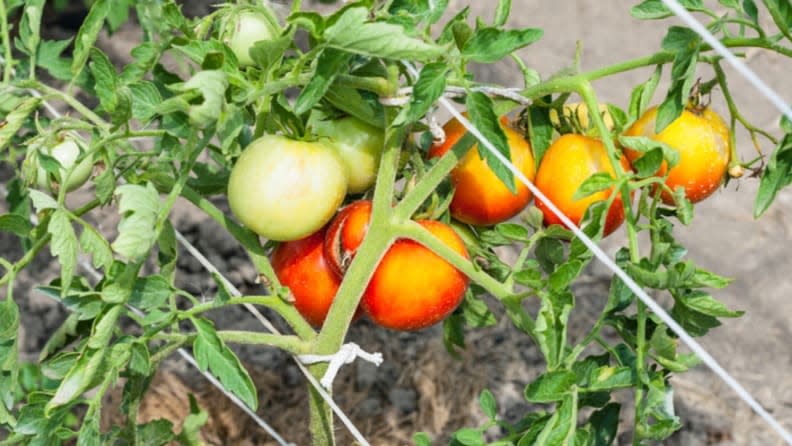 Nobody can out-garden Mother Nature. I don’t care how many certificates, degrees, or other accolades you have framed and hung on your wall or how much dirt is stuck under your fingernails — weather eventually outlasts us all.

No matter how judiciously you’ve staked and trained your tomatoes, pulled weeds, and managed moisture in the garden ground, we’re now moving into the dog days of summer. Plants in the veggie garden will have either bolted, succumbed to one or another insects or diseases, or been eaten by the neighborhood deer.

And if they haven’t yet, their time is coming soon.

But the gradual decline of the spring/summer vegetable plantings doesn’t have to mean the end of the food garden season. Planting now for fall harvest is a part of the garden calendar that many people miss.

If you start around Aug. 1 and look forward through the calendar, and if you select fall crops that can take a touch of frost or a light freeze here and there, you can be looking at a 120-day cycle ― plenty of time to fill the kitchen counter with a weekly fresh bounty.

What plants grow well in a fall garden?

When planning the fall harvest most people go right to the cabbages, kales, and other frost/freeze tolerant crops ― the so-called cole crops. But there are plenty of frost-intolerant crops you can start right now and still enjoy a healthy harvest. Bush beans offer a great option for fall planting because compared to pole beans, the bush types harvest earlier and in pretty good numbers.

Another early August option that surprises many people is sweet corn. Most of us stand on our heads and pray to the garden gods of Olympus to get our sweet corn planted and growing as early as possible. Gotta be the first one on the block to harvest a few ears! But the early maturing varieties are worth a shot right now. With maturation cycles as short as 58 or 60 days, sowing sweet corn now into nice, warm summer soil can have you picking sweet corn out of the garden well before October!

Then of course there are the no-brainers. Root crops such as carrots, radishes and turnips can make a nice late-season crop, and even when it gets quite cold, you can leave them in the ground well past the time they essentially stop growing and pop them out of the soil as you need them.

You may likeHow often should you water your tomatoes? Here are 5 tomato growing, care tips

What are cole crops and when should I plant them?

But of course, the big banner fall veggies are the cole crops. Cabbage, broccoli, Brussels sprouts, kale, kohlrabi and their relatives (members of the family Brassicaseae) all love to grow in cooler weather, and most are even tolerant of some light freeze exposure. And they are all perfect for seeding right now. Granted, the cole crops do have a somewhat smaller fan base compared to the regal tomato and some other stars of the summer garden. Personally, Brussels sprouts have the taste and feel of how I might imagine partially fermented balsa wood might taste and feel. But then I might be in the minority ― I certainly am in the Cappiello household. But fresh out of the garden is fresh out of the garden and I have to concede that to those stinky sprouts.

But we can’t conclude this topic without taking a moment to clear up a little confusion around these late (and early) season crops, the cole crops. Exactly who was cole and why are all these pungently flavored (and aroma-ed) crops grown under his name.

Cole was not the mythical god in charge of making ancient Olympians eat their broccoli. Not even close. A quick etymology investigation leads to the Latin “caulis” which translates roughly to stem or stalk, particularly those plants with a swollen or thickened stalk, which many of the brassicas take to the extreme. A bit further down the linguistic line, we find “caulis” morphing into the German word for cabbage — cole. Ever eaten coleslaw?

What are ‘cold crops?’

Finally, there’s the confusing term, cold crops. And despite my excruciating and exhaustive research of the first three books I pulled from my shelf and a grand total of about three minutes of online sleuthing, (and having pondered this for some time), I can find no consistent reference to this term. It seems to be used to refer to any crops that prefer cooler weather (both true cole crops as well as non-brassicas like lettuce and peas) but I have a pretty strong suspicion that it’s nothing more than a mispronunciation of cole crops that has become embedded in our gardening culture.

However you look at it, and whether or not you like kohlrabi as much as a summer tomato, the fall crops are worth a try. And it’s a whole lot better than trying to milk that one last tomato off a dead or dying vine!

This article originally appeared on Louisville Courier Journal: What garden plants grow best in the fall and when should you plant?