Will Cain: Media labeled Kyle Rittenhouse a ‘murderer’ with no evidence

Fox News’ Will Cain argued that Kyle Rittenhouse could win a defamation case against Facebook and media organizations that labeled him a “murderer” and a “White supremacist” before he went to trial. The “Fox & Friends Weekend” co-host said media figures had virtually no evidence to support their claims, which he believes could be considered reckless disregard for the truth.

WILL CAIN: Kyle Rittenhouse does have a case. … He became a public figure when he involved himself with Kenosha. That means he has to show whoever he sues, Facebook or a media organization, acted with actual malice or reckless disregard for the truth. I think that you and I could probably spend the next three minutes playing clips that quite clearly reflect a reckless disregard for the truth from numerous, dozens of media figures. … You need to have some respect that you’re trying to accomplish the truth. We say things like ‘alleged’ murderer because we don’t know until it is proven in a court of law. But in this case, we saw media figures say definitively ‘he is a murderer and he is a White supremacist’ with virtually no evidence to back up those claims. I think that adds up to reckless disregard for the truth. And I think in many of those instances, actual malice. 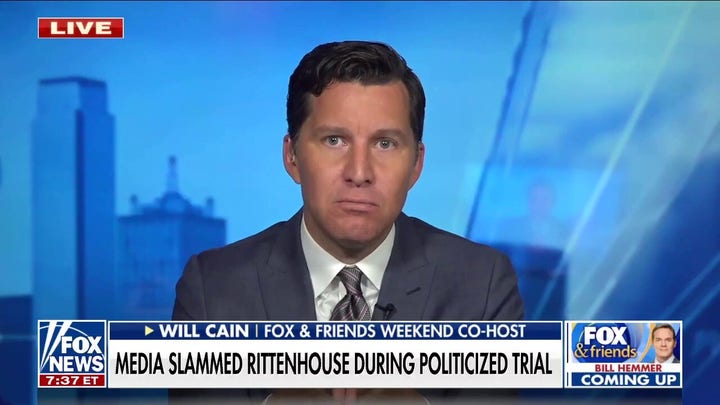