Zelenskyy, first lady open up to Piers Morgan about the cost of war on their marriage in candid interview 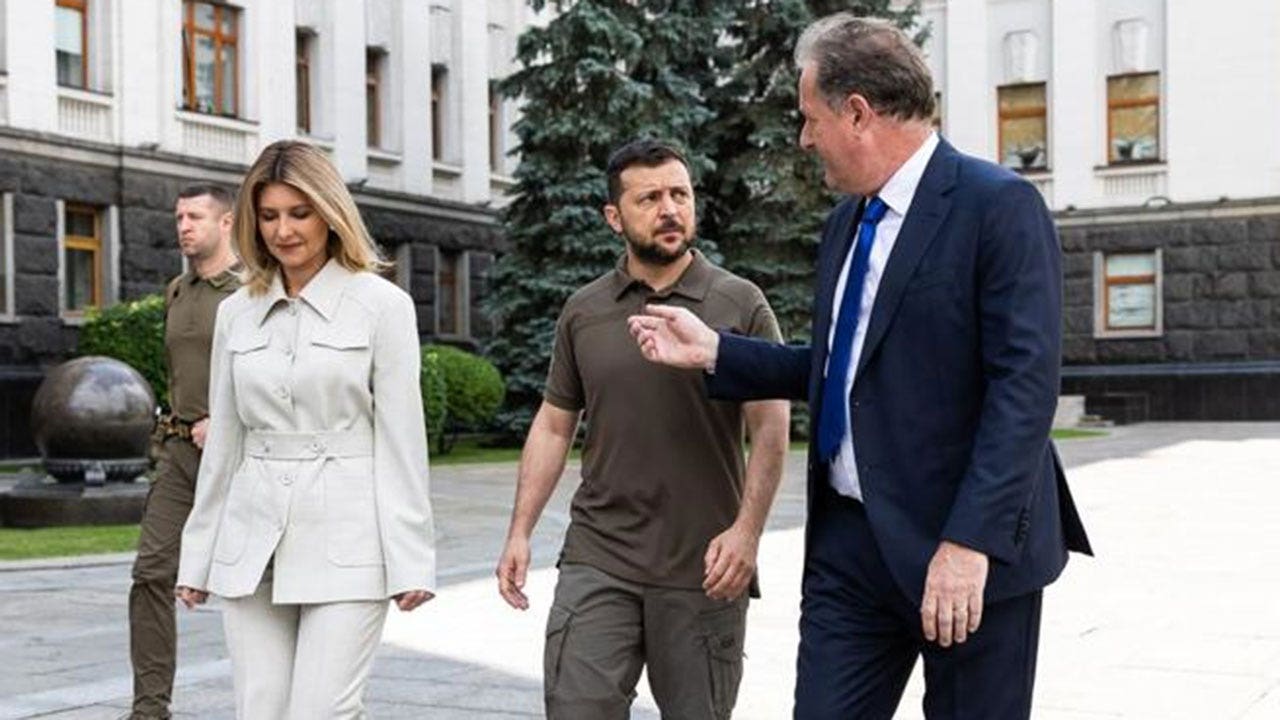 Ukrainian President Volodymyr Zelenskyy and his wife, first lady Olena Zelenska sat down with Piers Morgan for an exclusive interview from war torn Kyiv, where they opened up about the challenges they face as a couple, and why they believe the war has only made their 19-year-marriage stronger.

Joining her husband in an international interview for the first time, the couple spoke candidly about their relationship and the pressures they’ve faced as president and first lady of Ukraine throughout Russia’s invasion in a three-part series of “Piers Morgan Uncensored” from Ukraine The “Piers Morgan Uncensored” interview with Zelenskyy and his wife is scheduled to be available for streaming on Fox Nation on Wednesday.

In a preview released ahead of the interview, Morgan asked first lady Zelenska about the cost of conflict on their family and whether the pressures she and her husband are facing have taken a toll on their relationship.

KYIV HIT BY EXPLOSIONS AS WAR CONTINUES IN EASTERN UKRAINE

“I agree with the theory that marriage gets stronger with challenges,” she said, “I think in our case it would be the same.”

Zelenska said that she and her husband have “become more interested in each other” since the war’s onset.

“That is why I wish that this challenge can make us more united,” she said.

The first lady turned to her husband. “What do you think about it?”

“When you are next to me, your opinion has priority,” he said. “What I would say [is] I don’t have any other experience. I’ve got only one wife and I am happy.”

Morgan earlier moderated, at the invitation of the first lady, the Second Summit of First Ladies and Gentlemen on Saturday.

In a different portion of the extended series, Morgan spoke to Ukrainian residents whose homes were destroyed by Russian missile attacks. The TV host also visited Bucha to hear the harrowing story from a family whose son was killed on the battlefield.

Fox Nation subscribers can stream the three-part series of ‘Piers Morgan Uncensored’ featuring his trip to Ukraine, journey to Kyiv, his interview with the Klitschko brothers, and his interview with President Zelenskyy and first lady Zelenska all week.

Fox Nation programs are viewable on-demand and from your mobile device app, but only for Fox Nation subscribers. Go to Fox Nation to start a free trial and watch the extensive library from your favorite Fox Nation personalities.